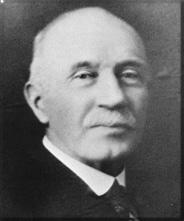 1916 – The Marble Hall Hotel
Bank operations move headquarters from 18 S. Oak Street to Third and Oak St, downtown Mount Carmel. The 4-story remodeled building of marble became known as The Marble Hall Hotel. The location served as both the bank, and the hotel, an enterprise of Union National Bank. 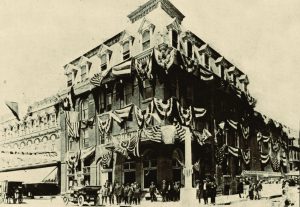 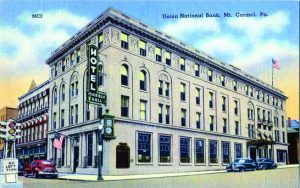 1950s – End of the Marble Hotel
Hotel rooms were converted to 18 apartments. The building became known as The Union National Bank Building. In later years, a radio station would occupy a section of the building, and a bar and grill would be operated by a private citizen. 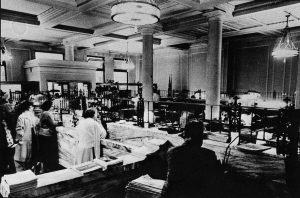 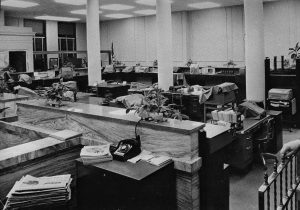 1993 – Tragic Fire Strikes
It was a sad, tragic day in Mount Carmel, when a fire broke in The Union National Bank Building, killing 3 residents. The cause of the fire was undetermined, and the once proud landmark was destroyed. 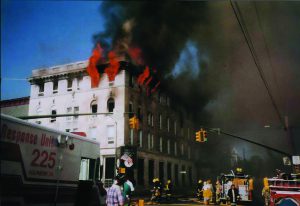 1993 – Temporary Bank Opened
121 S. Oak Street opened as a temporary bank location just 9 days after the fire. The decision was to re-build the bank at their landmark location at Third and Oak Street.

1994 – Re-building a Landmark
Early 1994 began construction for
re-building the bank. The bank re-opened in late Fall 1994. Original architectural design elements were re-captured using limestone and surviving marble from the fire was incorporated into the new facade. 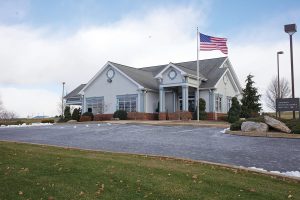 2012 – UNB Bank
The Union National Bank of Mount Carmel converts from a national bank to a Pennsylvania state-chartered bank to be known as UNB Bank.

2015 – Re-branding for UNB Bank
UNB unveils a new logo, website, and overall branding to better represent the brand as they move to the future.

2016 – Awarded 5-Star Rating
UNB Bank earned the prestigious 5-star rating from BauerFinancial for the last 31 consecutive quarters. This achievement recognizes UNB Bank as one of the strongest financial institutions in the United States. 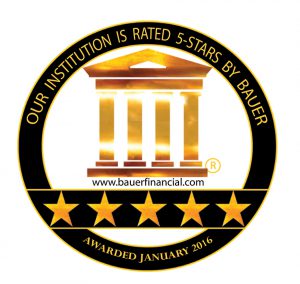